I went shooting yesterday, and had a good couple of hours with the handguns.  I learned a couple of things, some of which I don't yet understand:
My biggest take-away was that I enjoy shooting the 686 more than the Boberg.  Don't get me wrong; the XR9 is fun, accurate, reliable, and it's far easier to clean, load, etc... but for target practice, the 686 is simply a joy to shoot. Plus, policing the brass is vastly easier. 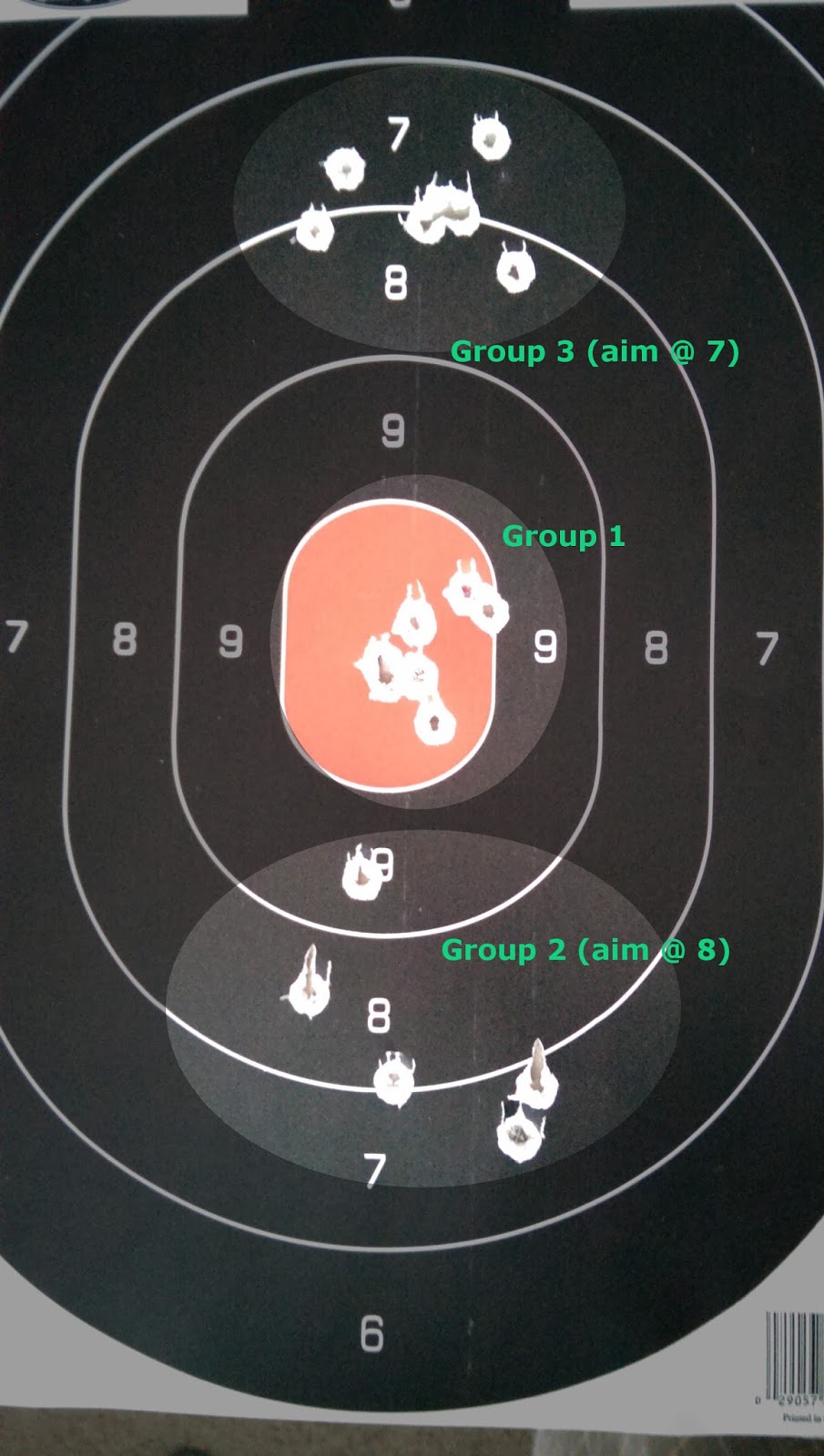 This is the Aguila 38spl ammo thrown from the 686+ at 13 yards, standing unsupported.  Group 1 is about 1.5", or about 5.37 MOA (I think).  I'm still a novice with handguns, but I'm pleased with that grouping.  Each of these groups is 7 shots, so there are a couple double-holes in there (although Group 2 is suspicious; I don't think any of those are double-holes).  This is the only target I kept, and was the last one I shot, because I was hanging them on top of one another.
comments powered by Disqus