Back in the Army we had what I recall as being supremely annoying cleaning kits.  They looked like this: To use it, you had to screw several metal tubes together and then, by attaching one of several tips, proceed with a bore cleaning ritual alternately scrubbing and swabbing with what I now assume was some form of CLP.  The annoying part of this was having to alternate between heads; it never occurred to me to steal a second kit and scavenge the rod from that kit, but it would have helped.  The tooth brush was the best part of the kit, although the cleaning were also valuable. We often needed to clean oily sand out of crevices in the weapon, and this took the majority of the time.  The M16A1 is a veritable labyrinth of nooks and crannies for dirt to get stuck in.
Needless to say, I did not enjoy using that cleaning kit, and I did not enjoy cleaning the M16.
When I bought my Kel-Tec RFB, on a whim I also purchased an appropriate Otis system cleaning kit.  Out of the box, it's a nicer system.  For one, the rods aren't rods; they're flexible cables that don't need to be assembled, so the package is consequently smaller. Two cables are included, one for the longer barrels of rifles, and one for short barrels of handguns.  My kit contained a brush for 9mm, and one for .308. Not shown below is that the center piece flips over, and behind is a tube of Otis CLP and a pouch with some swabs, and a bore reflector.  All in a quite compact package.  It has done a bang-up job. 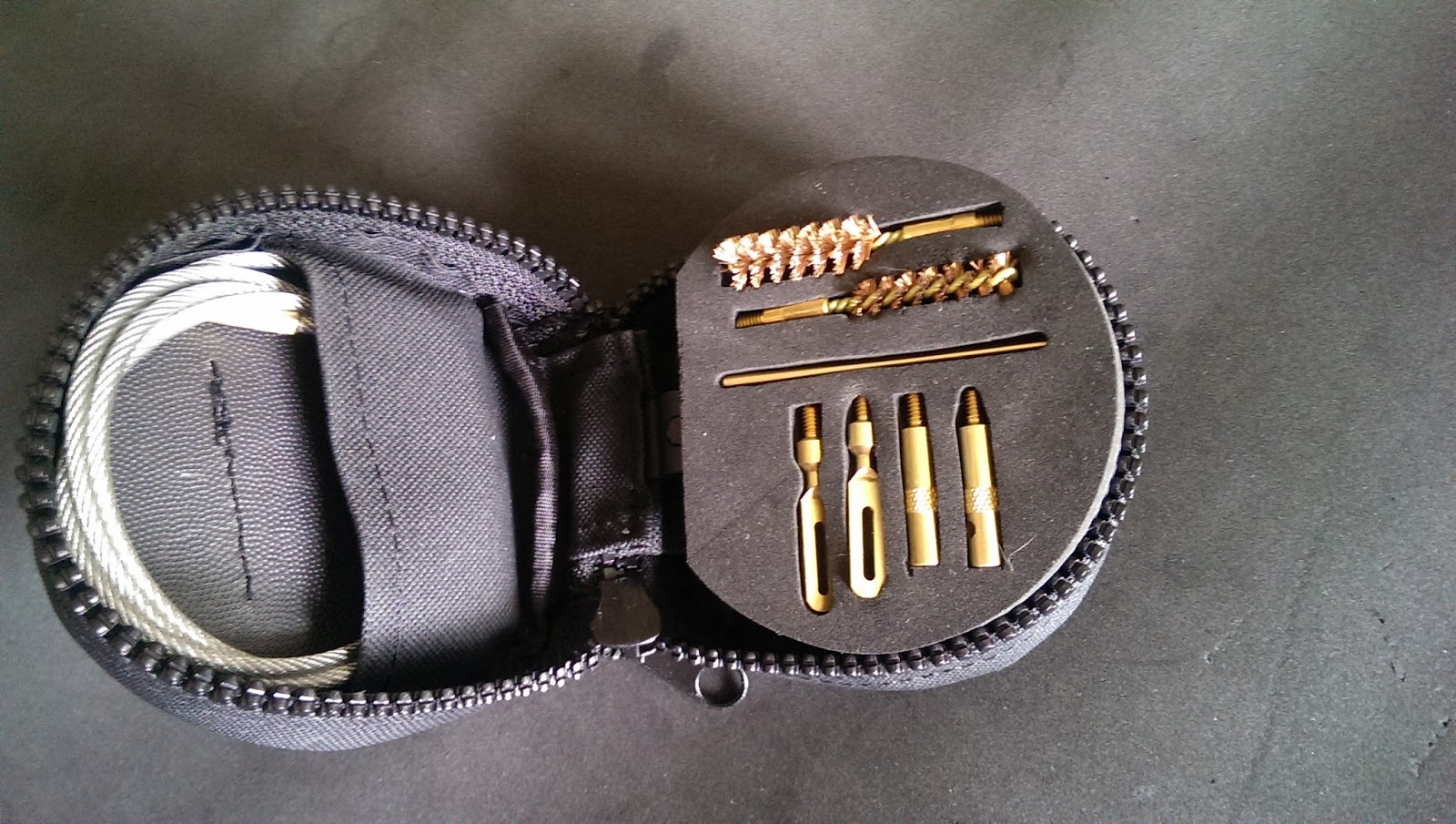 The kit is simple to use and isn't much different from what I was used to.  You run the appropriate length cable through the barrel from breach to muzzle with alternate attachments until the barrel is clean. The patches are different and don't just fold through the slotted head. Each patch has several slots in it through which you feed the head. You then pinch the patch and pass the pinched part through the slot on the head. There's no way you can lose a patch in the barrel with this, and it allows for using the same size patch with different calibers by varying where the patch is pinched, which alters how think the resulting wadding is.  The kit also comes with T-heads for the other end.  The T is formed by sliding a small rod through the attachment with a hole in it; it provides a nice grip.

I'd like to buy a second set of cables to prevent the necessity of repeatedly swapping out the brunch and patch heads.  I've found it a bit difficult to locate just the cables.

All in all, I'm very satisfied with the kit. It does lack a couple of necessary components.

The most important addition to the base cleaning kit are brushes.  These haven't changed or improved since I was in the military, and they're still an important component.  I bought a variety pack by Otis, which contained three each of nylon, brass, and steel brushes.  I only use the nylon ones.  Store bought tooth brushes work just fine, although they need to be "firm," and it's hard to find them with the mini-brush on the other end, so I just get ones made specially for gun cleaning. They tend to be more robust, as well.

I also got a cleaning mat (again, from Otis). I really like this item, more than I thought. I wish we'd had access to these in the Army. This is a neoprene mat that absorbs oils, prevents fouling your floor, and gives you a debris-free area to work on.  I highly recommend getting one. By now, you might think this is a long advertisement for Otis products. It is not. I picked the Otis cleaning kit first, on a whim; it turns out that a version of this kit is a government issue item.  The other items are Otis because I liked the kit and was happy with the quality.

In addition to the above items, which I bought mainly for cleaning the RFB, I have added a couple of items.

The first is Break Free CLP.  I bought this because it was highly recommended by Arne Boberg, and I have to say that so far I'm liking it more than the Otis CLP.  I don't have any empirical evidence that it's better, but my XR9-L seems to like it. 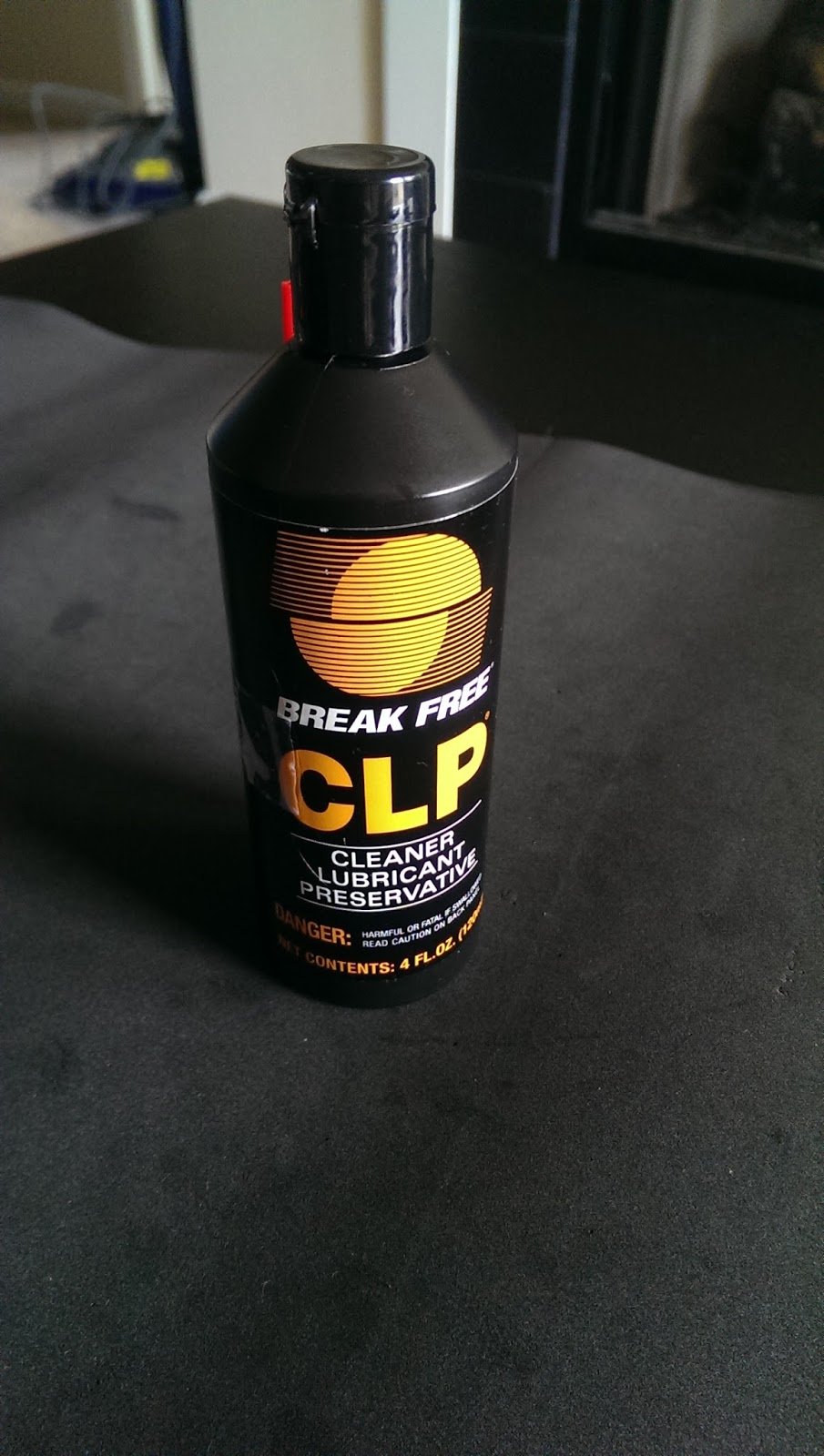 I also found another Otis product called the RipCord, which is billed as an all-in-one cleaning system.  I thought I could use it as a second cable for the brush; I haven't given it a thorough test, but it seems to work pretty well on its own. I'm a bit baffled as to how one should clean it -- theoretically, eventually it'll get saturated with carbon and gunk and need cleaning.  Maybe just hose it down with gun scrubber?  I don't know. 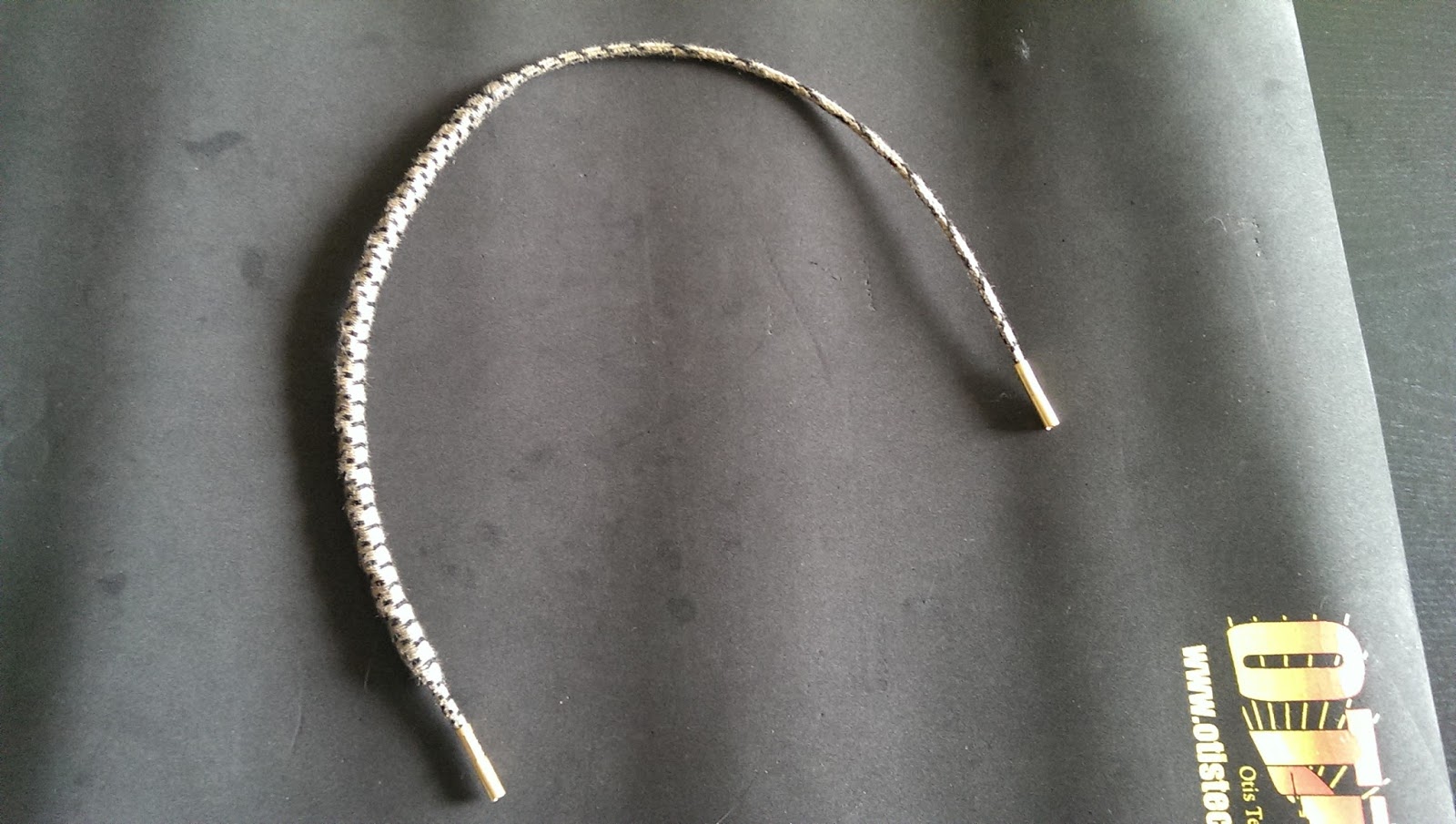 I don't yet know if I'd trust this as my only cleaning tool, but I'll be giving it a good run to see.  It's certainly more convenient than the brush/patch combo, and uses fewer resources.  You'd still need CLP and a toothbrush.

Honestly, you can get by with just the base cleaning kit and a shore-bought toothbrush; if you buy anything, it should be more CLP and more patches, because the amount included in the little Otis carry kit will only last a few cleanings. After that, I'd spend money on the cleaning mat, but a towel will work as a make shift if you wash it every time (the oils will saturate it and get on whatever is underneath, which can be undesirable).

Observations after many more cleanings:
comments powered by Disqus