Ammunition is something that fascinates me.  Growing up on American films, you see a lot of different types of guns.  Role playing games are full of books of guns, each with their own characteristics and attributes.  Authors often mention the kind of gun a character is carrying or using.  In the Army, I had to memorize various attributes and characteristics of the M15A1.  The focus is always on the weapon, and never on the ammunition, except to discuss whether there is enough.
The reality is that ammunition is a whole field of study.  Hand loaders will readily tell you that there are entire encyclopedias about ammunition, with reams of paper filled with tables about tolerances and specifications.  It's a science, and since it's a science dealing with explosives, there's a degree of accuracy required that is intimidating.  From the case tolerances, to the projectile attributes, to the powder characteristics, to the primer -- all of these can be tweaked within certain specifications to produce bullets with an enormous variety of performance characteristics and ballistic behavior.

To give you an idea of the amount of variety, check this partial list of options:
Given the number of variables and the choice in each variable, the number of permutations is enormous.  The practical (measurable) performance differences are probably much smaller, but even so, choosing ammo is a chore.  Mostly, for me, it used to boil down to buying the cheapest ammo for plinking, and then I have a box of higher quality ammo for... whatever.

I currently have a selection of ammunition that I'm playing with.  Mostly, I shoot PMC.  I just like it; it's cheap, clean, and reliable. It isn't, however, always available, so I have a motley assortment of brands at the moment. 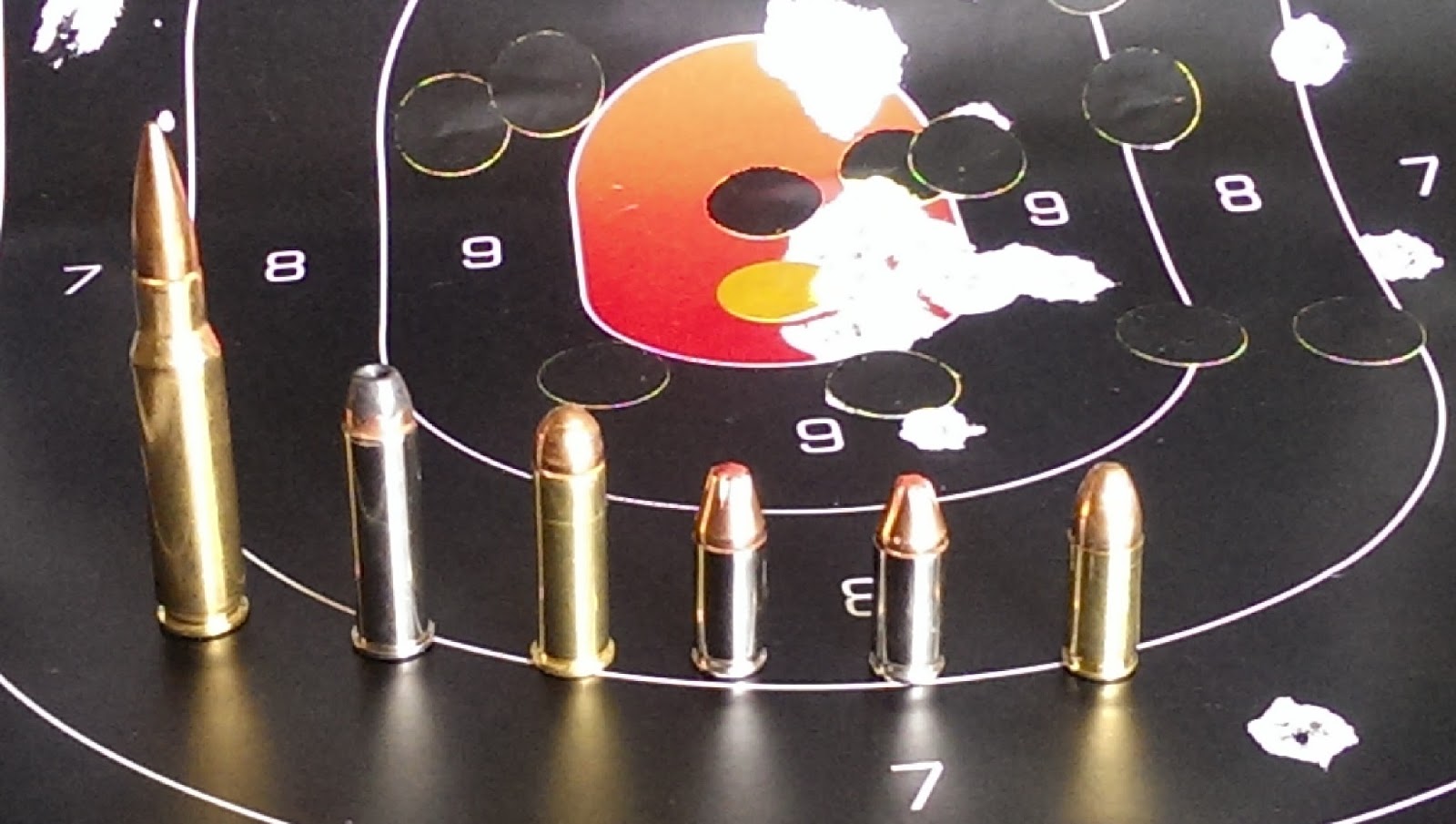 From left to right:
There's a lot going on there.
comments powered by Disqus