I've had the Boberg for a few weeks now, and thought I'd post a quick update.

First: it gets prettier the longer I own it. Especially in comparison to other pistols I come across; the fit and finish is second to none. 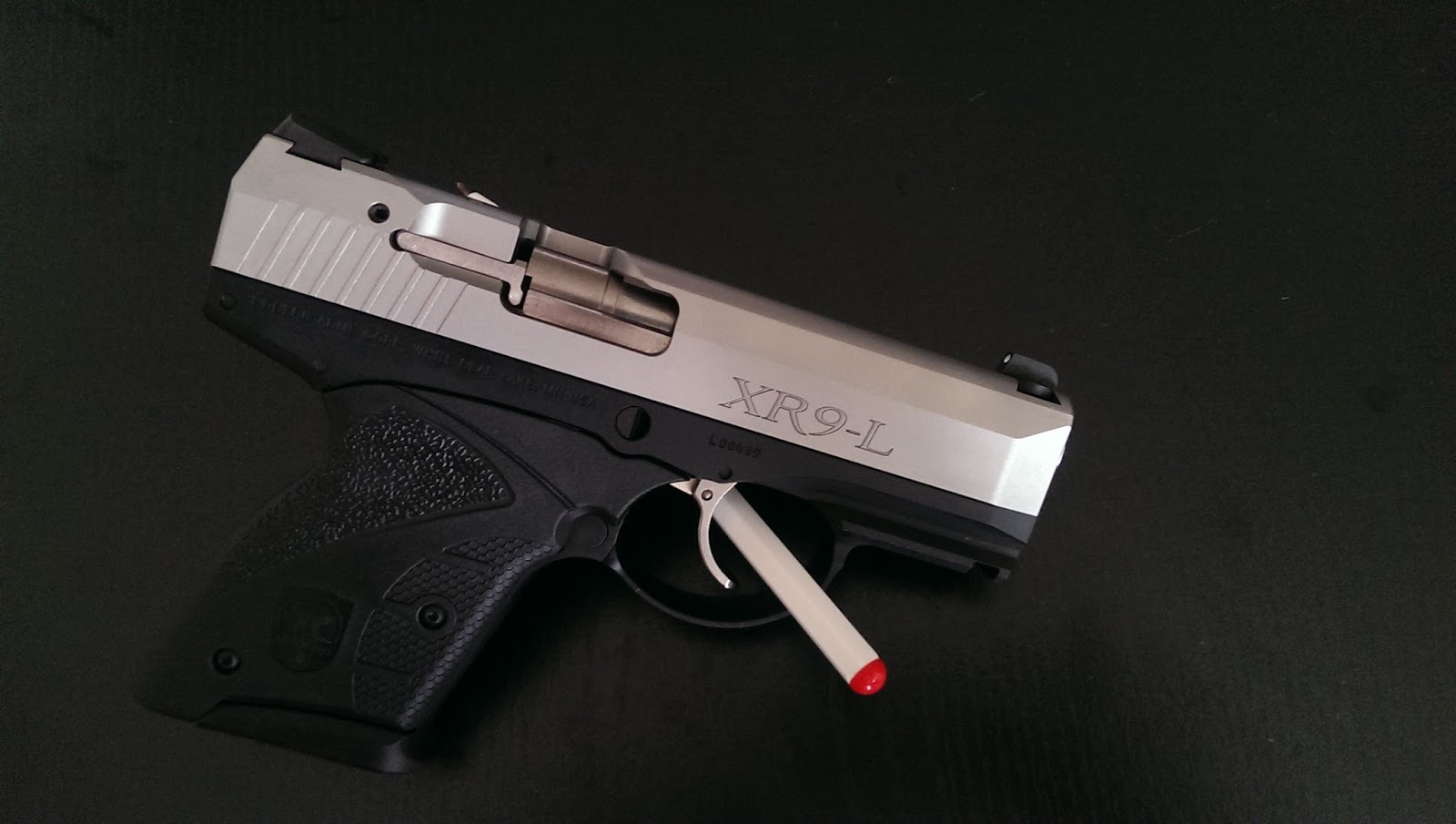 Second, I have had no ammunition malfunctions.  I've been firing cheap PMC out of it ($17 / 50 at Dick's), and I get a single FTF every third magazine or so.  I haven't tracked down the reason for that, but I don't CCW, and I'm not the sort of person who believes that the gun is going to save my life, so I don't much care.

Third, the accuracy is great.  That is, my shot groups get tighter every time I shoot it, which tells me that most of the inaccuracy is in the shooter, not the gun. 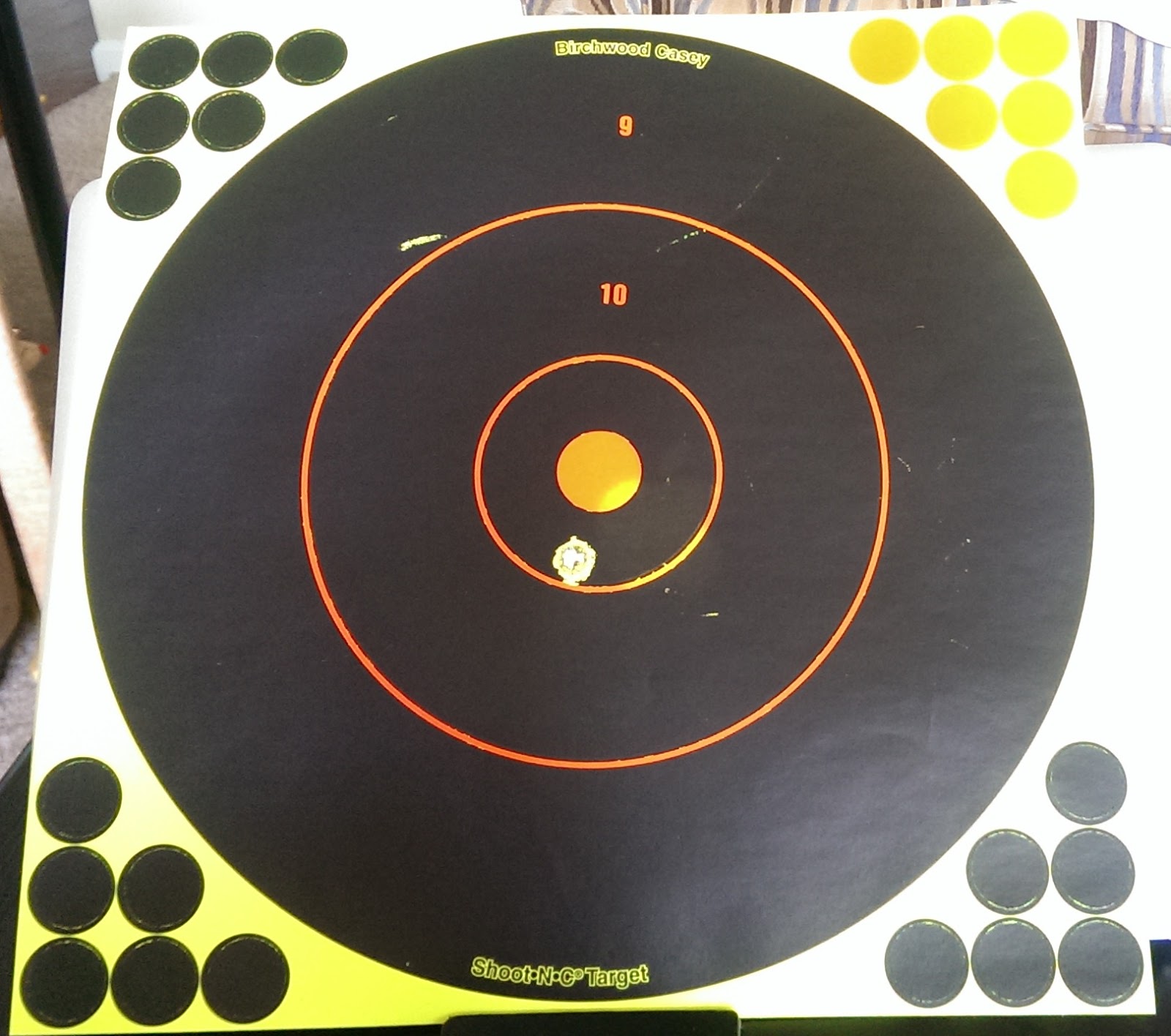 I went to shoot this weekend and took a shot from 7 meters.  I'd forgotten my ear plugs, and it was educational just how loud an unsuppressed 9mm is. Hence: only one shot. Still, I was pretty pleased with the shot.  I was an expert marksman with the M16A1 in the Army (and, mind you, that was 25 years ago), but I'm still pretty novice with pistols, so anything near the center is a thrill for me.

Fourth, it feels great in my hand, even without fancy-patsy grips.  The balance and heft is nice.

Not all is rainbows and unicorns, though.  I did have a rather disconcerting experience a week or so ago where I got a live round stuck in the chamber and couldn't extract it.  Here's what happened:

I replaced the spring with the 6.5 pound spring from Boberg (+1 on that, BTW: buy it), and cycled and dry-fired it several times to get the feel. Then I loaded a magazine with some hand-loads from a generous friend and chambered a round... and couldn't extract the round.  The slide just stuck about an inch back.  Long story made short, the casing on the hand loads were just a tiny bit too large and got stuck in the barrel.  It didn't stop the gun from firing, but it does prevent manual cycling, and now I'm nervous about chambering those rounds.  Store-bought ammunition for me, from now on -- in this gun, at least. 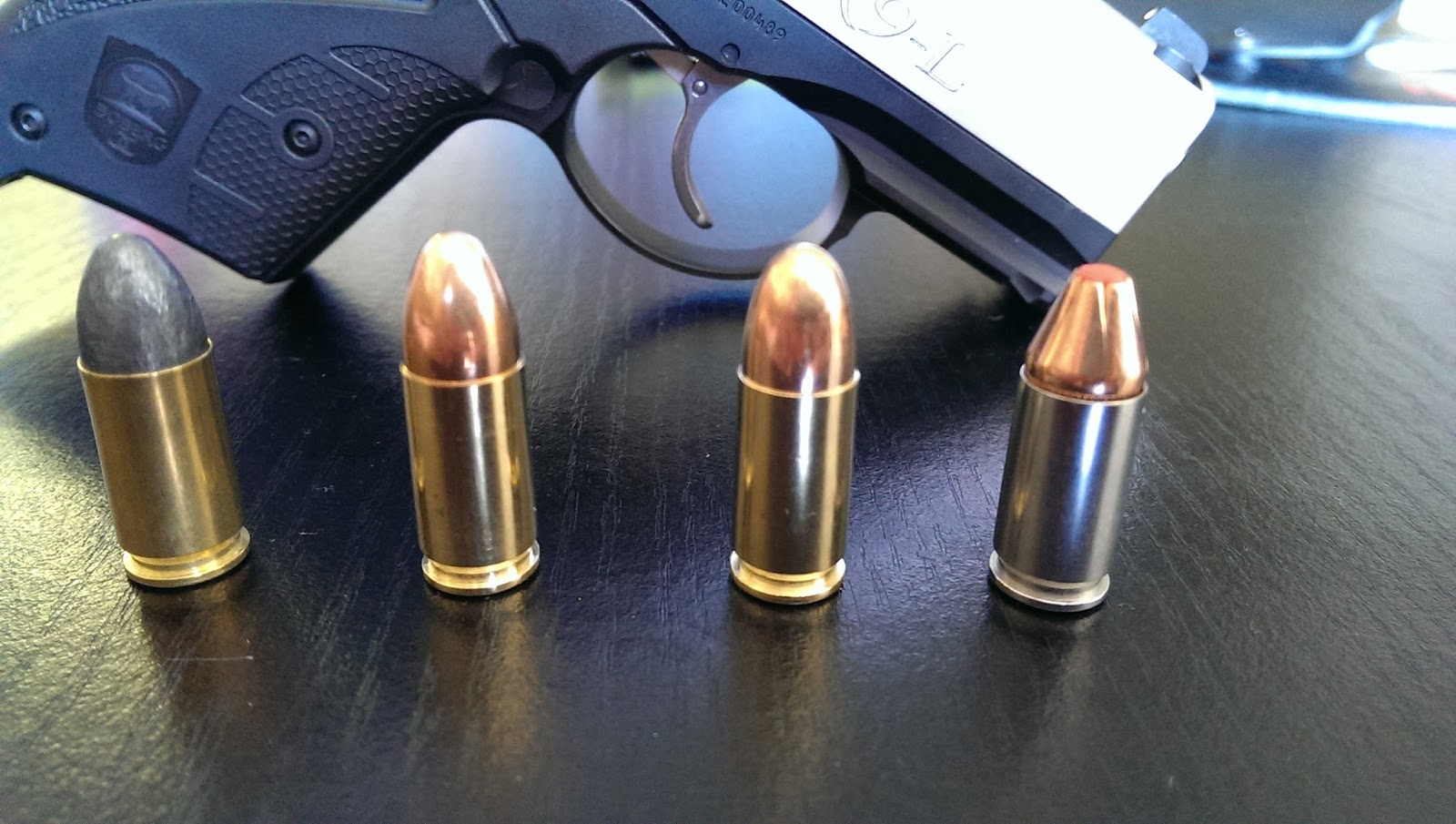 Incidentally, a comment about targets: I've run 9 clips through it (not that much, right?) but it's been a lot of fun shooting liter water jugs; there's something more gratifying about shooting something solid than shooting paper targets.  If you're wanting to engage your reluctant significant other in shooting, whether to up their aiming skills for self defense or just to have a shooting partner, I recommend setting up water-filled gallon or liter jugs rather than paper targets.  They're vastly more fun.  Monika was much more enthusiastic shooting our Makarov at the water jugs than she's ever been with paper.
comments powered by Disqus